This is the day we were so excited about! Starting to take pre-orders for the new CompIQ TWAIN Pro Compressor is a big deal for us. The TWAIN is the most sophisticated product we’ve made so far, and it was not easy to do. We worked hard on this circuit for almost two entire years. We are satisfied with how it came out and it seems that many of you out there are sharing our excitement. This is the fourth in the CompIQ series of VCA compressors and it basically concludes the range, in pedal format.

To our public, fans and supporters around the world – thank you for your interest, your questions, pre-feedback, ideas, and suggestions you have sent us over the last month since we announced the product.

Most of all, thank you all who pre-ordered the Twain already! We couldn’t be happier than see the first orders coming in as soon as we opened the page. Amazing!

Today we are also publishing the new video demo for the CompIQ TWAIN. This one is the first in a series and we started with the bass instrument because we anticipate a higher interest for this pedal among bass players. But we are working on the guitar demo video as well, and it will soon be released, along with new demos for our other compressors.

Last but not least, we are very thankful to the media who helped us spread the word on this new pedal with announcements and reviews.

We really ❤️ appreciate and value your support and friendship! 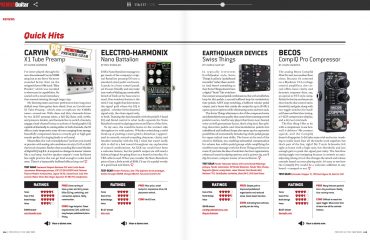 The 101 of the CompIQ Line of Compressors 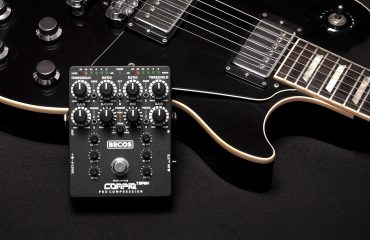 Updates and helpful resources for our users and customers during COVID-19. Learn more ›

The COVID-19 pandemic is affecting the entire world now, creating many disruptions. We are all in this together. This is how it affects us directly.

More info here. If you have more questions or concerns, please contact us.